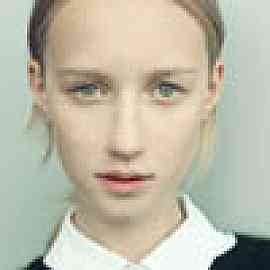 http://nhw.livejournal.com/31315.html[return][return]A really absorbing book, drawing the parallels between various political initiatives of the last 200 years (especially the similarities between the operation of Stormont and Gladstone's proposals for the whole island), and daring to speculate how things could have worked out differently - particularly, say, on the question of how things could have looked if Parnell had lived. I felt he lost focus a bit in the last couple of decades (partly because of course we still don't know how the story ends) and wished he had written a bit more about the centrist tradition ("part of the problem... has been the centrists themselves") but I was particularly struck by things I learned about three personalities:[return][return]i) Sir Horace Plunkett - a liberal reforming Unionist who was the hero of one of the chapters of my Ph D thesis, as he created a specifically and partly democratically accountable agriculture ministry for Ireland in 1899, at a time when the rest of Irish government was run entirely by Westminster appointees. But Jackson blames him unequivocally for the collapse of the Irish Convention, a session of peace talks in 1916-17 which Plunkett chaired and (by all accounts) completely mismanaged. I suspect Jackson is right. In Plunkett's archives I found a letter from George Bernard Shaw to Margaret Digby, Plunkett's first biographer, telling her that Plunkett invariably demanded to chair any public meeting he attended: "I have, perhaps, more experience of public meetings than most people, and I can attest that Plunkett was the worst chair I have ever encountered" or words to that effect.[return][return]ii) Terence O'Neill - another liberal reforming unionist, whose reputation will surely not recover soon from the mauling Jackson and other have given it in recent years. Jackson is scathing about what O'Neill's lack of experience says about the political system he ended up in charge of: "...no political experience whatever at the time of his election to Stormont in 1946. In addition, he had no third-level education and no professional success - or, indeed, sustained business or professional experience of any kind... And yet, in the uncompetitive environment of Stormont, O'Neill found himself a junior minister at the age of thirty-four, a seior cabinet minister at the age of forty-two, and prime minister while still aged only forty-eight." Jackson attributes O'Neill's failure to his inability to build support for his programme among his own MPs and voters, but I'm a bit puzzled by his conclusions about the relations between economics and nationalism, which could bear a bit more investigation.[return][return]iii) rather to my surprise, my father appears briefly as an actor in one of the footnotes. His early academic work on 1850s Ireland and his later work on discrimination under the Unionist regime of course are cited at the relevant places, but I'm stunned to find, in the months following the suspension of Stormont, G.B. Newe writing to Brian Faulkner urging him to meet my father, and then writing to Ken Whitaker a few weeks later that "I have at last persuaded him [Faulkner] to take the advice, or at least listen to the advice of a couple of good political scientists here". Faulkner's shift from hard-liner to reconciler was one of the big surprises of that year, and unfortunately my father is no longer around to ask about it[return][return]In summary, not a book for beginners in Irish history or politics, but an essential book for enthusiasts.