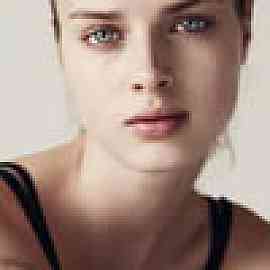 ** spoiler alert ** This is one of those stories where everybody is connected ... Conrad died and his organs are being donated, including his heart -- in a way he is the core of everything that happens in this story. Let's see if I can sum this up. Christian is Conrad's partner for ten years, who is starting to move on with Luke, who ends up to be the receiver of Conrad's heart. Eban is Conrad's best friend, who has been in love with Conrad for half his life, who is having a complicated relationship with Damien, his ex-lover who dumps Eban because Eban cheated on Damien, with Jack ... who happens to be a colleague of Christian at work, who at the moment of the story is seeing their boss, Marcus. Eban is attracted to Darius, who happens to be Luke's friend. While Damien tries to find consolation (of knowing that Eban has feelings for Conrad) in Aaron's arm, who happens to be Eban's cop partner. Are you with me so far? *grin*. Yep, that is pretty much the whole story. The main narrators are Christian and Eban, as they are trying to find their way in the world of living after Eban dies. Secondary narrator will be Damien, who is a wreck because he feels that he is not enough for Eban. (1) Christian and Luke ... in a way this is the less complicated relationship. It's pretty straight forward really. Christian is attracted to Luke, feels a bit guilty because he moves on from Conrad, but cannot denies that Luke makes him happy. Until he finds out that Luke is the receiver, that Conrad dies to make Luke stays alive. Christian is not as complicated as other Scarlet Blackwell's men. I think his grief is genuine and real; even if his reaction to Luke (after he finds out) is hurtful but I guess it is coming from shock and confusion. (2) Eban, on the other hand, is one of those men from Scarlet Blackwell with HUGE issues. His relationship with Damien is toxic (in my opinion). He sleeps around because his love is unrequited for 15 years. Eban is tragic ... he cannot really move on and pretty much destroys every possibility of happiness he might have. So I see this book more as Eban's journey to let go, to realize that he cannot stay doing those destructive ways, that he cannot cure his pain with sex. There is a scene where he is meeting a bereavement counselor, and I applaud him for that. This is a Scarlet Blackwell's drama. It might not be as raw as "Rescue Me", but there are still tender moments and parts where I just shake my head and feels deep sympathy for the characters here. The ending is redemption, with everyone is with the best person for them. Which makes me happy :)