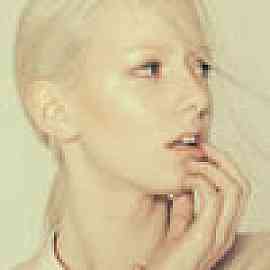 There was a lot really, really good about this book...and a lot really, really blah. It took me two hours to read, so really not that complicated. A fun story I would have enjoyed more if I were younger. As it is, not bad, I'll read the sequel, but I'm not overly impressed. Plot Mary Quinn has seen several sides of life in her 17 years. Saved from the gallows at age 12, she was raised by a school founded to give young ladies with intelligence an option in life besides marriage. In particular, they train young woman to become spies. Who would think the delicate creatures of London society could be hardened crime-solvers? And so Mary is brought into a world of espionage and danger, posing as a lady's companion for an elusive merchant's family. But nothing is as it seems...from the Mary's own seemly-straightforward backround to the infuriating young man she encounters in a wardrobe. She will need more than her lock-picking skills to discover the answers she seeks... Thoughts The book begins...confusingly. It's not that the book is that complicated. The initial plot is pretty straight forward. It's just incredibly choppy. One minute she is twelve years old....then she is seventeen. Years, months, days are glided over but not well. There is a lot of "telling" about her emotions ("sick with nervousness") but really not that much backing it up. Mary may be "petrified with nerves" but her voice is always "calm and collected" when she responds. She seems to have a great deal of free time as a "companion". While the idea is that her duties are light, I often felt incredulous at the amount of freedom Mary possesses for running off to meetings. My biggest problem with the book is not anything new. It has been brought up by several other reviewers. The whole thing is just so sickeningly modern! Don't get me wrong, I'm all for women being independent and stuff, but have a little historical decency! Everything that I found irritating or dumb in this book ties back to the overwhelming message of Women don't need men. Marriage is evil. Never underestimate a woman. Female power. Look to yourself.....etc. etc. etc. There are several basic flaws in the logic, even for today's day and age, but for Victorian England? It's beyond far-fetched! For example, the school Mary is raised in. The matrons look down on any girl who choses to get married over having a profession. Because being a female clerk or a teacher or a nurse is obviously such a worthier cause! Their stance is entirely modern and entirely at odds with the time. But even if such an agency/school would have existed...it's just all very odd. A plot contrivance of semi-interesting mention. Its almost cliche. But lets swallow that and move on to Mary. This young lady firmly holds that it is unnecessary to have a man...but she has one anyway. 'Cause like, why else would teenage girls read the book? Not for the great litterary style. Mary is overdone. She's supposed to be relatable, yet gutsy heroine. The result is a character who is always telling the reader how nervous/upset/emotional she is...but who always manages to come across cool and collected, whether she is tailing people across town or facing a guard dog. And that is about it. (view spoiler) The romance. UGHHHHHHHHHHHHHHHHHHHHHHHHHHHHHHHHHHH Where to begin? How about with our hero. I'll just call him Hero so I can rant without putting more spoilers in. Or perhaps I should call him Lover Boy? There is very little heroic in his character. It's not that he isn't a decent chap. Nice guy, I'm sure. But he's such a modern flake of a love interest! He is a poster boy Female Author Writing Male Love Interest. His thoughts are, excuse me, femenine. He does stuff like looking at Mary in her undergarments and then being all like "he wasn't sorry he had looked." Um...okaaayyy. HE is the one who gets saved by the heroine. HE is the one who at the end runs off with some lame excuse. He is pretty pathethic. And his relationship with Mary? It's soley them throwing witty dialouge back and forth. I use the term witty loosely here. Maybe hostile would be a better word? Their "cute moments" might be considered declarations of war in certain diplomatic circles. The attracation is nonsense. I wanted to like him...he's "set up" to be that "adorable hero" something in the fashion of the elusive Mr. Darcy. But its just awful. Its to modern. He's to flaky. In the end, I feel the book had potential. The case was good. The author throws in some interesting plot elements and twists...the writing isn't completely awful. But it is ruined by this femenist/women should rule the world agenda. It just makes the whole thing come off...fake. It's the message that guys are obviously all idiots and women are the intellectual ones oppressed by their culture. Marriage is clearly portrayed in every situation as negative. Even the young couple that runs off together don't make it a day. Because marriage "ties you down." The problem is, messages like this have been broadcasted to my generation since we had baby teeth and we are wising up. A woman can have fullfillment in the workforce, but she can also get it at home. Men may not be perfect, but neither are women! So for Pete's sake, stop shoving this idiocy down our throats and write something real. Make men men and allow women to be intellectuals who don't despise them for existing.