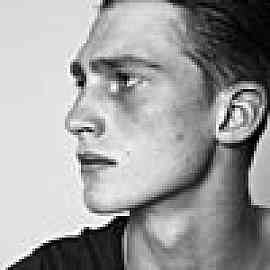 A fantastic novel, well focused and well written. Normally I don't believe other reviewers when they say they laughed and cried, etc etc - but honestly with this one, it was true. People are ridiculous and do silly things in real life, ridiculous things [like reading a poem about tuna written by a 9-yr old to express their feelings to their lover], and their pain when it hits is very, very real. The situation with Bear and the Ty's mom leaving could have been done so badly or skimmed over entirely and yet it became one of the most poignant scenes of the novel. Significant in how each of them handled it, how Bear alternately sought the others' help and then pushed them away. And the way he and Ty handled the earthquakes ... honestly, I don't think I'll ever forget that. There were times that Bear was overly emotional but understandably so, to the point that it didn't irritate as it would have in other novels. My only almost-partial complaint is that toward the end it got dreadfully long-winded; throughout the whole length he'd tell something and then go back months or years in time and give a many-scene, long-winded explanation. Beneficial in the beginning, for building character and story, but by the end it just became a little tedious. The last time it happened, when a cliff-hanger hit between Bear, Otter, and a named-chara [spoilers], it zipped back in time two months to talk about his dealings with a lawyer for something regarding Ty and honestly, I got so frustrated at that. I ended up skimming over the whole section with the lawyer, reading only three words for every two hundred or so - enough to get the gist of it - and picking up where it resumed to continue the cliff-hanger scene. That and, well, as cute and enchanting as Ty [aka. the Kid] was, by the end his insight seemed a bit over the top. He was like the voice of reason and while it worked decently for the first half of the novel [it was interspersed fairly well with kid-language], but the end he seemed nothing more than a mini-psychologist unable to let go of the psych chair and intone to everything what they should and should not be doing or feeling. Although I have to admit, reading the words 'mini eco-terrorist in training' had me giggling EVERY time.

See my reviews for each of the ten slave narratives in this volume. I do want to add, though, that it appears to me as if the "4.15" average rating for this book must be based on aesthetic grounds (i.e., some of the narratives are not well-written). There are two things I'd like to say about this: most of these narratives were written by ex-slaves who came more or less late to literacy in reading and writing; a little roughness around the edges is only to be expected (and there IS a certain aesthetic, different from other 19th-century American writings, evident in most of these works). Second, in my opinion ratings for this volume would be more sound if based on the job done by Andrews and Gates in editing it. That rating would only be of the highest order: the works chosen are uniformly important for various historical reasons and the editors have done an amazing job of reducing a wide range of critical writings into comprehensive biographical and textual notes that add to the texts themselves. This is an important book.