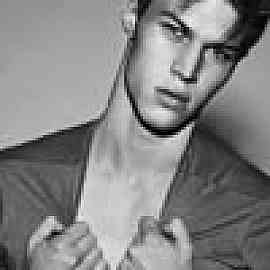 I liked it, even though I'm 30, and this is a YA book. It seems that most of the bad reviews of this book are due to it being too similar to "Twilight." Well, I haven't read, and don't plan on reading a book about sparkling vampires, so this was all new and fresh to me. I went in with an open mind. Being a guy, it's a bit awkward to read a book that has a plot revolving around a romance when the POV character is a girl. However, the author did a decent job of not alienating male audiences with gratuitous purple prose and telling the reader over and over how hot the guy she's in love with is. And thankfully, it's written in the third person, so one sort of experiences the story with her, rather than a 1st person POV where you tend to experience the story AS the main character. Overall, it was a good read. The romance was endearing yet not overwrought, the plot was interesting, and the suspense was pretty well done. It also ends of a nice cliffhanging twist, that makes me want to read the sequel to find out more of the supernatural mysteries. My only major criticism is that the end of the book seemed to changes gears fairly drastically as everything came to a head at once. There is a bunch of infodumping about 80% of the way through the book, then the climax happens, then some more stuff is revealed, but not enough to really satisfy you. In fact, the only stuff they reveal is stuff you probably already guessed based on reading the back cover, and the prologue. The big questions about the hero and heroine, like, why does anyone care if they are together? and what's the deal with the shadows? It might have been nice to have been teased with some of the surprises unraveling earlier on to keep the plot moving forward. The middle of the book is just a lot of Luce chasing after her love interest. This isn't a harsh criticism, since I was interested in the romance aspect of the story, but I just think things could have been better balanced. Also, I felt the withholding of information from the main character throughout the story was kind of disappointing. The main character, Luce, never seems very proactive in asking the other characters just WTF is going on. Then, when she finally grows a pair in the end and starts demanding answers, the author pulls a huge cop-out and claims that telling her the answers would kill her because she just wouldn't understand. It's obvious that she did this so that the reader could be strung along for a couple more sequels. So I'd be lying if I said I wasn't entertained by this book, but part of what kept be turning pages was wanting to find out WHY Luce was seeing these shadows, and WHY she was so important, etc., but that never amounted to anything... other than the promise that more answers will come in the sequel. That's a little disappointing after 450+ pages.