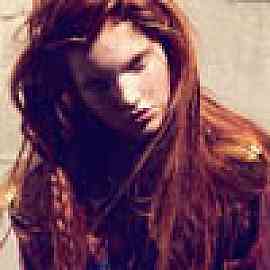 A pragmatic, simple view of what drives us under normal circumstances: desire to be -- most ambiguously -- happy. The main message of the book is that it is nearly impossible to predict what makes us happy any time but now. Therefore, the best we can do in making decisions that affect our future is to ask for advice from people who have already experienced what we think may make us happy. Then, just make sure we do the best with today. While this message is not fresh, the delivery is. Funny, clever, solid writing deliver a series of carefully selected lectures on introductory psychology, supporting key points by results of experiments and simple analogies. In the end you start watching yourself rationalize your own decisions and smile internally: "I read about that one." And make a better decision, easier. The book is not preachy, solid, funny, and useful. I wasn't sure at first about the correspondence (letters and some telegrams) only means of telling this story, but soon I came to enjoy it and think it was an excellent means of revealing things in mostly but not completely chronological order. Lots of finesse that way. Told this way the tone was also great, showing the characters personalities off both from their own perspectives and those of their friends and neighbors who mention them. A lovely tale of love, friendship, values, personal development, it takes place shortly after WWII and highlights the occupation of the english channel islands. Loved all the characters both eccentric and ordinary, especially the protagonist Juliet and her new family she finds: quiet husband Dawsey (to whom she had to propose) and adopted daughter Kit, whose brave mother died in a concentration camp after defending a fellow prisoner. Quick read enjoyable but not impossible to put down (that can be good sometimes, no?). I really liked this book. It started out kinda slow with a long part introducing characters and setting the scene but once it got going I had trouble putting it down. Most of the book follows the main character after he has been shipwrecked in the middle of the ocean. It's an interesting adventure story if you can make it past the boring beginning part. This book is filled with adventure and romance, suitable for children. It was a fast read because it was such a good and engaging story. It is based on a fairytale so the fantasy is good for those who like or dislike fantasy. Having conquered the field of fantasy (with such classics as "The Moon Pool," "The Ship of Ishtar" and "Dwellers in the Mirage") as well as the field of the bizarre yet hardboiled crime thriller (with his wonderful "Seven Footprints to Satan"), Abraham Merritt went on, in 1932, to prove that he could master the field of supernatural horror, as well. That he succeeded brilliantly should come as no surprise to readers of those earlier works. His first foray in the occult, "Burn, Witch, Burn" first appeared in the pages of "Argosy" magazine in 1932, and was then expanded into book form the following year. In it, we meet Dr. Lowell, an eminent neurologist who becomes curious when a series of mysterious deaths comes to his attention. Men and women in the NYC area have been dying of no apparent cause, but with horrible grimaces on their faces and with very rapid onsets of rigor mortis. Lowell is aided in his investigation by Ricori, a mobster chieftain, as well as by Ricori's very efficient gang. The trail of bizarre deaths leads to one Madame Mandilip and her doll shop, and before long the reader is immersed in a world of supernaturalism and escalating tension. Lowell, hardheaded man of the 20th century, is hard put to explain the unfolding creepy events by the lights of his mundane science. Merritt writes simply in this book; one would never recognize him as the author of "The Moon Pool" and "The Metal Monster," with those books' lush, purple-prose passages. All of our questions regarding the strange events in "Burn, Witch, Burn" are not answered by the tale's end, and this only seems to make what has transpired seem all the more mysterious. This is the type of book that a reader may feel compelled to gulp down in one sitting, and with its short, 160-page length, that could easily be accomplished. This tale was loosely adapted for the screen as "The Devil-Doll" (1935), but this film has little to do with its source novel. (Incidentally, the movie "Burn, Witch, Burn" (1962), also known as "Night of the Eagle," has absolutely nothing to do with Merritt's book, but is rather based on Fritz Leiber's novel "Conjure Wife," another tale of modern-day witchcraft that I highly recommend to amazon readers.) Good as Merritt's "Burn, Witch, Burn" is, however, its successor, "Creep, Shadow, Creep," is even better. "Creep, Shadow, Creep" also saw the first light of day in the pages of "Argosy" magazine, in 1934, and was released in book form later that year. This novel is a direct sequel to "Burn, Witch, Burn," and is longer, more detailed, more stylishly written and scarier than the earlier work. Readers will delight to find Lowell and Ricori back to fight the supernatural once again, but this time, these characters play only subsidiary roles. The action mantle in "Creep, Shadow, Creep" falls mainly on a young ethnologist named Alan Caranac, who becomes involved in the investigation of the apparent suicides of a number of wealthy NYC men, one of whom was Caranac's old friend. He is soon drawn into the schemes of one Dr. Keradel and his daughter Dahut, who are attempting to conjure into existence one of the elder gods; a god that was worshipped in the legendary city of Ys. In "Creep, Shadow, Creep," Merritt's last completed novel, the author revisits several of his old favorite themes. As in "The Moon Pool" and "Dwellers in the Mirage," we have two women--one good and virginal, the other evil and lustful--fighting over the book's protagonist. As in "Dwellers," the hero is subject to atavistic memories that tend to submerge his present-day personality, while at the same time aiding him in conjuring up a monstrous entity from beyond. And as in "The Moon Pool," "The Metal Monster," "The Face in the Abyss," "The Ship of Ishtar" and "Dwellers," in this novel we are given a glimpse of a vanished, lost civilization (in this case, Ys, in ancient Brittany) and see that, in many real ways, it survives in the present day. "Creep, Shadow, Creep" is not for the squeamish reader, containing as it does some truly horrible passages of pagan sacrifice and torture. It also contains some surprisingly risque sections, in which Dahut and Caranac's girlfriend, Helen, appear mother-naked. Risque for 2004, how these passages must have impressed 70 years ago! Despite the truly frightening goings-on in this book--the shadow people, the Gatherer in the Cairn, the atavistic memories, the visions and so on--Merritt insists on offering rational/mundane explanations for all this...but the reader, as well as Caranac by the tale's end, knows better. "Creep, Shadow, Creep" is a wonderful tale, a perfect sequel, and one of Merritt's finest accomplishments. Despite Merritt's occasional inability to adequately describe geography so that it is clear to the reader (this reader, at least), and despite one or two minor glitches (such as when he describes Dahut's eyes as being green, after having long established that they are violet), the book succeeds on many levels. Taken together, the two books make for one thrilling little series. I heartily recommend them both to all readers.