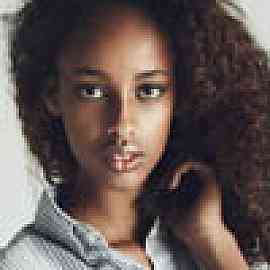 I did deliberately choose this edition to review because this is the edition that I read, and I think when reading this kind of classic, the edition matters. I recommend this one because I thought the introduction was good, and the endnotes/footnotes were enough but not too many, but mainly the price is right at $5 new from Barnes and Noble. Now on to my review of Oliver Twist itself... I'm a big fan of Dickens, but for some reason I've been putting off reading this, perhaps Dickens' most well known work, because for some reason, I just wasn't very interested in reading about this orphan boy. I was right about the orphan boy. He is perfectly dull in his perfection. The most gutsy thing he ever does is famously ask for more. Indeed, all the good guys are somewhat boring. Miss Rose Maylie, one of Oliver's protectors, is a typical Dickens ingenue. I understand that his ingenues (particularly Rose) are largely based on his sister-in-law, whose early death was one of the great tragedies of Dickens' life. In his eyes at least, this sister-in-law was the soul of perfection, so I see where he's coming from, but it does make for a slew of dull ingenues. I find myself continually comparing Oliver Twist to my favorite of Dickens' novels, his last completed work, Our Mutual Friend. Finally, OMF's heroine, Bella, is actually flawed and interesting. So yeah, the good guys in OT are pretty blah. The pick pockets, the prostitutes, and the murderers on the other hand... Dodger and Charley Bates, the young pick pockets, are a lot of fun. Fagin, a kind of evil witch who draws young boys into his snare and corrupts them, is an awesome and memorable figure. One might be somewhat appalled at the constant references to his Jewishness, but cut Dickens a little slack, being a product of his time and later being penitent about this. Again, refer to OMF, in which the Jewish Mr. Riah is a saint. Fagin's execution is appalling, and makes for some good commentary on the perverted nature of public executions, of which Dickens was a strong opponent (mind you, he attended four hangings, despite his opinion on the matter, one time renting an apartment right above the action, thus assuring himself of a good view). I think the greatest character in Oliver Twist is the prostitute, Nancy. Her self destructive ?love? for Bill Sikes, her shameful life, and her decision to put herself in danger to help Oliver give her the most depth. I found myself feeling that Oliver Twist might be my least favorite Dickens book until the last hundred pages when things really picked up (other than a bit of blah when we are subjected to hearing about Oliver's happy ending and how he and Rose actually come from genteel stock---again contrast to OMF in which--thank goodness--Lizzie Hexam, the riverman's daughter, really is in no way connected to nobility, and she gets the gentleman Eugene anyway). Where was I?...the murder scene in Oliver Twist is the most violent I've known Dickens to get, and it is a powerful bit of writing (apparently, Dickens was fond of reading it aloud). I also want to mention that Dickens' criticism of the Poor Laws, the workhouses, and the bureaucracy involved (personified beautifully in Mr. Bumble) is cutting and effective. I've yet to see the musical, Oliver!, and I barely remember Disney's Oliver and Company, but they've both GOT to be far cries from the original.