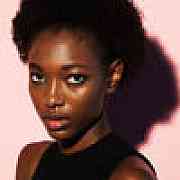 If you've ever wanted to have dinner with Michael Caine and listen to him tell you stories, you'll love The Elephant To Hollywood. The book is basically just that: one of the world's greatest actors telling the story of his life as though he were in a conversation. He starts with his childhood as Maurice Micklewhite in a section of London called Elephant and Castle, then moves to his early years as an actor (where he struggled to get work but absorbed the tidbits of advice those around him offered) and then to movie stardom. Along the way he falls in love with the woman who would become his wife, Shakira, and makes friends with many of the British and American actors that pepper just about everyone's list of favorites. Caine is prone to digression, but that works just fine for his style, and his digressions are often the most entertaining parts. The stories about Hollywood are very interesting and it's fun to get a glimpse of what these famous people are actually like, but what makes the book so enjoyable is Michael Caine himself. Throughout his entire experience, the ups and downs, he's never lost his enamor of the movies. You can tell, even as he recounts making a bad movie (and he's very honest about which of his movies he doesn't like) that he's having the time of his life being a movie star. He also seems to genuinely try to find the best in people, and there are very few that he doesn't like (this is probably more a reflection on him, as he seems to be so nice and easy to get along with, but I like to think he's right about the others too). There are also two collections of pictures from throughout his life, many of him with some of his famous friends (the one of him standing with Sean Connery and Roger Moore, both of whom he considers very good friends, is legendary, as is the one of the celebration of John Wayne's 40th year in showbusiness where he's one among several Hollywood juggernauts). And once he's done telling the story of his life, Sir Michael lists his ten favorite movies of all time (and why), then his thirteen favorites of his own movies (his description for The Man Who Would Be King -- also one of my own favorites of his -- "A movie costarring Sean Connery, my great and longtime friend, directed by John Huston, my great and longtime idol, in which I played the part intended for Humphrey Bogart, my great and longtime inspiration... As the line in the movie went, 'We were not little men.'") If it wasn't already so well known, "It's A Wonderful Life" would've made a great title for the book because that's the impression you get reading it. This book is a must for anyone who loves movies (I'd say for anyone who loves Michael Caine, but that would be redundant).