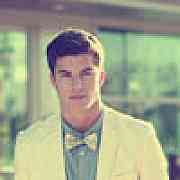 They came in the night. Soldiers knocked down the door and ordered Lina, her mother and her young brother to get dressed and get out. Her mother broke all their fine things, preferring they be smashed to ruins than taken by the Soviet soldiers. Then they were herded onto trains. Hundreds of them, travelling across Lithuania with no knowledge of their destination or their crimes. People died, bodies were tossed out alongside the tracks. People were bought as slaves. And still the trains travelled on, towards Siberia, towards the unknown. ‘Between Shades of Gray’ is the heartbreaking debut novel from Ruta Sepetys. High School studies of World War II always seem to be a nucleus of your own country’s involvement, and the ‘main players’; America, the United Kingdom and Germany. This is of course a cursory examination of the war at best. But it’s easy to forget the far-reaching impact of that war when film, TV and book representations tend to focus on events as they impacted on those big players. ‘Between Shades of Gray’ looks at the war from the perspective of the Baltic States - Denmark, Estonia, Finland, Germany, Iceland, Latvia, Lithuania, Norway, Poland, Russia and Sweden. There were many historic facts I was unaware of before reading this book. For instance, the Baltic States were occupied three times throughout WWII, and during one occupation the Russian Empire used heavy military pressure to ‘convince’ Latvia, Lithuania and Estonia to join the USSR. Ruta Sepetys’s story is about a young Lithuanian teenager during June 1941, when the Soviets started mass deportations of skilled and educated people. Lina’s father was a university lecturer, her mother an opinionated housewife. As the story unfolds and Lina travels in a train to a destination unknown, she thinks back on little moments and indications that her parents were radical thinkers, and perhaps a part of an underground political movement. It was a dangerous time to be a free-thinker in Soviet Lithuania. Anyone who had the potential to be a dissenter to the regime was shipped off and run out of their homeland – taken to Siberia and sentenced to 25 years hard labour. It is in a Siberian labour camp that Lina, her family (minus her missing father) and a group of survivor’s band together to toughen out their fate. Mother pulled a bundle of rubles from her pocket and exposed it slightly to the officer. He reached for it and then said something to Mother, motioning with his head. Her hand flew up and ripped the amber pendant right from her neck and pressed it into the NKVD’s hand. He didn’t seem to be satisfied. Mother continued to speak in Russian and pulled a pocket watch from her coat. I knew that watch. It was her father’s and had his name engraved in the soft gold on the back. The officer snatched the watch, let go of Jonas, and started yelling at the people next to us. Have you ever wondered what a human life is worth? That morning, my brother’s was worth a pocket watch. Sepetys has managed to replicate what Anne Frank did posthumously with her diary – she has humanized the war. Books about WWII can get bogged down in dry facts and politics. Sepety’s novel is phenomenal because of the human connection. Lina’s perspective is made all the more heartbreaking for her young years. She is a teenage girl who had the world at her fingertips – a talented artist who dreamed of going to university, and a daughter devoted to her family. Until the night her world is turned upside down and inside out. This isn’t just a novel of paradise lost – it’s about a young dreamer who is ripped away from her country and introduced to the harsh realities of an unfair world during turbulent times – but Lina has to realize that paradise is something she can build for herself. ‘Between Shades of Gray’ is a very serious book, but Sepetys has managed to imbue the novel with hope and romance still. The labour camp is a harsh place for Lina to overcome, but while there she falls in love for the first time. Andrius is a soldier’s son, a handsome boy the same age as Lina. These two find comfort with one another as they try to keep their respective families together in the frightening labour camp. I did like the humanized aspect of the novel, but Sepetys’ historical writing is equally brilliant. She has written such an in-depth exploration of the Baltic deportations, investigating and examining many aspects of their turbulent times. It’s made all the more interesting because the fate of Lithuania isn’t something I was familiar with. ‘Between Shades of Gray’ highlights just how much Lithuania was stuck in the middle – between Hitler and Stalin, with no hope of help from the Western Allies. The country was quite literally between a rock and a hard place, between Hitler’s army and the Soviet’s alliance with the US. What happened to Lithuanians and other exported people of the Baltic States during 1941 is still somewhat unknown. Many people were threatened with permanent exile to Siberia if they ever spoke of what happened during that time. Ruta Sepetys’s novel examines what happened to the forgotten. What the NKVD (People's Commissariat for Internal Affairs) did to the educated people of Lithuania was atrocious. The USSR not only suffocated a country’s intelligentsia – they gagged, choked and silenced them. Ruta Sepetys novel examines this period of time through the eyes of a young dreamer – humanizing the turmoil to make it all the more heartbreaking. ‘Between Shades of Gray’ is a sadly sublime, and an absolute must-read. You will pass it on to friends and family, and it will have pride of place on your keeper shelf.