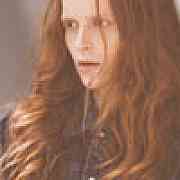 This book was nearly a four star entry. I had loved Sittenfeld's first book, Prep. This one intrigued me because it is a work of fiction loosely based on the life of Laura Bush. I was initially hesitant about picking this up because I have had about eight years too many of George Bush. I was happily surprised because this book was truly focused on the female protagonist with only about the last hundred pages focusing on her time as first lady--with a husband executing a very George Bush-like presidency. Those last hundred pages are the weakest of the approx. 500 page book (and the reason for the loss of that possible fourth star). While Sittenfeld's writing is fluid and engaging throughout, the transition between pre-public life and life in the presidency is abrupt and with little context. Still, I enjoyed the book and look forward to her next one. 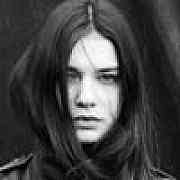 This book is a classic case of trying too hard. It's that stupid boy in every class who makes gross fart jokes and thinks he's cool. When I first read the opening line of Mariel's review, where she says, "Nicole Peeler has a tin ear" I had NO idea what she meant. But now that I've finished the book, I know exactly what that means. Tempest Rising is an urban fantasy written by someone who has no idea what urban fantasy ought to be. It's a humorous novel written by someone who thinks she's funny when she's really, really not. It's a mystery novel written by someone who's never explored the genre. It's like a high school dropout trying to explain the theory of quantum physics to Einstein. Jane True lives in the town of Rockabilly, near a massive whirlpool called the Old Sow. She has a curious affinity for the water, and a tragic past. But it's not until she discovers a dead body while swimming late at night, that her true, non-True heritage is revealed. (Trust me, it's better than the jokes in this book!) It turns out that Jane is half-selkie and half-human. The halflings, as they are so originally called, are the product of the union between a supernatural fairy-tale creature and a human. The murder victim is also a halfling, and as Jane and Ryu, the vampire assigned to investigate the murder, luckily stumble upon uncover more evidence, it appears that the plot runs thicker than they could have imagined, all the way to the top of the faery courts. Tempest Rising starts out on a halfway decent note, with Jane ruefully admitting her outcast status in the village, and a cute couple of scenes with her bosses, the adorable lesbian couple. Then Ryu enters the scene, and it all goes to hell in a handbasket. Basically, we then get treated to several hundred pages of Ryu and Jane having unsexy sex, what with his "hairless chesticles" and "little pink nubbin" (nipples, if you're wondering!) and his "undercarriage" (testicles, if you really wanted to know) and a long drawn out argument about whether he should wear a condom so as to not give "vampire crabs" to Jane, an argument she supposedly reinforces with her "tough titty, McVitty" expression until he reluctantly "dons his latex armor". Way to kill the mood, Peeler. This book teeters between urban fantasy and paranormal romance. It is 97.4538 percent sex, but the sex is so unbelievably bleh, it would probably cool Casanova's libido. On the other hand, when Peeler does actually stop focusing on the endless sexathons (which is during the last twenty pages of the book) the plot moves quickly and solidly, culminating in a nice, action-laden climax scene. Also, Ms. Peeler, a word of advice? Try not to allow your heroine to descend into an internal monologue just as she is about to have sex. It kind of kills what little atmosphere is remaining. So summing up, this book was boring, nothing much happened in it, and I am still going to read the next book (someday!) because I love Maja and she assures me it gets better, and also because I really, really need to find out if she dumps the yucky vampire (actually it's kind of obvious that she does, but I still want to be there to crow when it happens!) and starts jumping into bed with the barghest. But if you have no taste for masochism, don't do it!!! My recommendation? Don't bother, you're not missing anything!