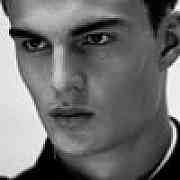 Hard to read at some points (content), but loved this book. 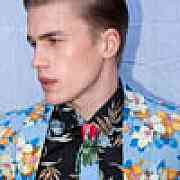 The book starts with a chapter titled "The unlived life" that opens with: " Most of us have two lives. The life we live, and the unlived life within us. Between the two stands Resistance." What follows are 160 pages of entertaining exposure of all the mental twists that send you off the mark. Stephen Pressfield calls it Resistance, with an R to illustrate its importance. To create art is war as the author knows all too well. But in the concluding chapters Pressfield talks of "muses and angels" that support the warrior and what emerges is an elevated sense of work and an inspiring sense of individual mission. I loved this book and plan to read it again this year. 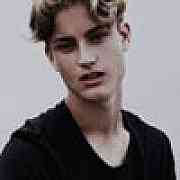 “And if these incidents now seem full of significance and all of a piece, it's probably because I'm looking at them in the light of what came later...” What a beautiful, haunting, terrible, lovely story of humanity. This is not a love story, though it is about love. This is not a dystopia story, though the world it is set in is undeniably dystopian. This is a story about humanity, about what makes us human, where the boundaries between us and the loss of what is essential to be a person stand. Once upon a time, in a creepy boarding school in the British countryside, lived Kathy, Tommy and Ruth. Kathy and Ruth were friends growing up, but Tommy was a little on the outside of their group. That is, until hormones hit and suddenly Ruth and Tommy were a couple with Kath on the outside, denying her feelings the best way she knew how. But it was no secret where the true love was. It just didn't seem like there would ever be a time for it. Because, you see, Kathy and Tommy and Ruth weren't born to families that sent them away to boarding school. They were born in laboratories, meant to grow only to serve the world as donors, eventually giving everything they had. Once they are adults, they are expected to give all they are to serve society - the very bodies they inhabit. “I keep thinking about this river somewhere, with the water moving really fast. And these two people in the water, trying to hold onto each other, holding on as hard as they can, but in the end it's just too much. The current's too strong. They've got to let go, drift apart. That's how it is with us. It's a shame, Kath, because we've loved each other all our lives. But in the end, we can't stay together forever.” One of the more interesting aspects of this book, to me, was the incredibly cruel attitudes toward the children born to be donors. Because they are clones, it is believed that they are less than human, and they are treated that way; warehoused, sterilized, most of them not educated, except for the "lucky" few at Hailsham, where our trio attended school. People shudder to look at them, shy away from their touch, and it made me question, truly, where the humanity truly lies? Is it in the people who have harmed none, who had no choice in their own creation, or in the people who choose to treat others so abominably? I think you can probably guess where my thoughts lie. “It was like when you make a move in chess and just as you take your finger off the piece, you see the mistake you've made, and there's this panic because you don't know yet the scale of disaster you've left yourself open to.” There's a tendency in our society to think we are so much better than someone else, that I don't think a future like this is that far off the mark. Sadly.